Forsaking the Bread of Life 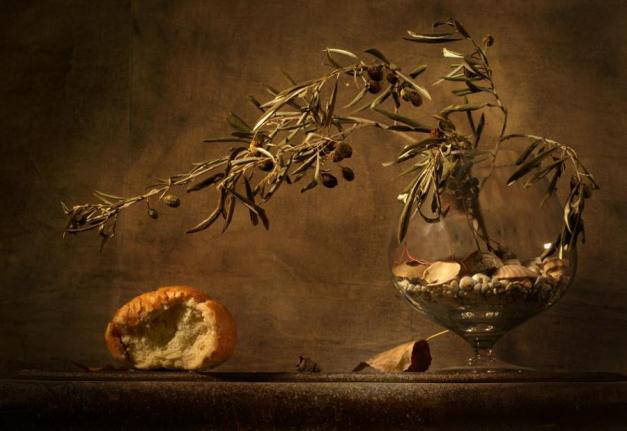 The day after Jesus multiplied the loaves of bread and two small fish to feed the five thousand, a great rejection of the Son of God took place. It did not start out that way.  At the beginning of the day, the people searched everywhere for Jesus, getting into ships so they could be with Him on the other side of the sea in Capernaum.

Jesus knew their hearts. He told the crowd that the reason they pursued Him was not because of the miracles, but because they ate of the loaves the day before and were filled. Yes, filled to their heart’s content, so much so that there were twelve baskets full left over.

Knowing that humans labor for food and drink for the sustenance of life, Jesus directed the crowd not to labor for food that perishes, but for that which lasts unto everlasting life, which only He can give.

The people, including many of His disciples murmured.  They were offended, saying these were hard sayings.  Who can accept it?  How in the world can one eat human flesh and blood, never hunger and thirst, and have everlasting life?

Jesus responded, revealing the central core of the truth:  It is the Spirit that gives life, the flesh counts for nothing. Jesus capped His statement with the resounding words, “The words that I speak unto you, they are spirit and they are life.”

Herein  lies the answer why one must not labor or put prioritized value on feeding the flesh.  The body perishes. Man is an eternal being.  He has a soul that needs to be redeemed to life eternal. Jesus claims that only He can give this everlasting life through faith in Him.

But after Jesus spoke these words, many of His disciples walked away and no longer followed Him.  They rejected His words.  They determined that they would rather live and perceive things as they did before they heard the words of Jesus:  to labor each day for the meat and drink that perish, and be hungry and thirsty again before the very next meal,  to ignore their souls and be mindless that their lives on earth are finite, to overlook the fact that they are appointed to die one day.

Will you also walk away from the Bread of Life?  I pray that your answer will be as the apostle Peter’s: “Lord, to whom shall we go? You have the words of eternal life.” (John 6:68)