Pear tree blossoms
plentiful
as the stars,
packed into constellations
individual as the eye,
purity of milk and diamonds,
whitecaps of oceans
awaken

into another dream,
lost moments found,
forgotten tales
retold
of skeletal branches
putting on fat and flesh,
garbed in gowns of organza,
taffeta and voile,
of golden green,
magenta’s pink,
and crimson of the maples,
the stars

descend from the heavens,
dip into the tin paint
gallons of the rainbow,
morph into manifold
forms  of delight,
crayola of corollas
dazzle
upon the vibrant grass.

Fragments of bread
hours after supper
fill my ceaseless hunger —

Midnight and the light
is sparse,
the camel-eyed windows
gaze
at Giacometti
shadows —

Daybreak alights:
I laugh with the warblers,
and the breath of my nostrils
fires the oven,
the bread for my hunger,
once again.

“Faith on Trial: When the Wicked Prosper” 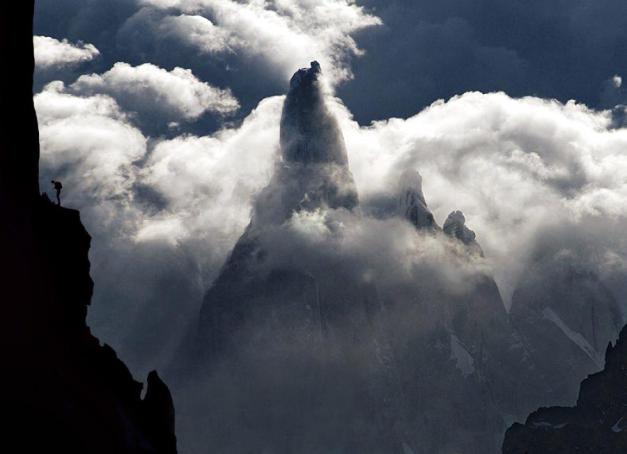 Faith on Trial: When The Wicked Prosper

“Truly God is good to Israel, to such as are pure in heart.  But as for me, my feet had almost stumbled; my steps had nearly slipped. For I was envious of the boastful, when I saw the prosperity of the wicked.”   Psalm 73:1-3

… a synopsis of  the writing of Dr. Martyn Lloyd-Jones

Oftentimes, perplexities in life are magnified when we compare our lives with the lives of others.  In  Psalm 73, the psalmist confesses that he was shaken and troubled,  to the point of almost stumbling, because he was bewildered at God’s way of dealing with him: he was living a righteous life, yet everything seemed to be going wrong.

To make matters worse, when he looked at the lives of the wicked, he saw a striking contrast: they prosper in the world, are in good health, and not in trouble as other men. He described the ungodly as arrogant, deceitful, and full of blasphemy, yet having more than their hearts could wish for. The psalmist felt that he was living a godly life in vain.

Progressing through the verses, however, we learn that the writer managed to steady himself and eventually arrive at a firm position of faith through a series of small steps.

“If I had said, “I will speak thus, behold I would have been untrue to the generation of Your children.” (v 15)

The first step he took was to control himself: he kept himself from saying what was at the tip of his tongue, recognizing the importance of never speaking hurriedly, never on impulse.  The guiding principle we can glean from this is that our speech needs to be positive, and not hasty in expressing doubts and uncertainties. If we can say nothing that is helpful, we should say nothing at all.

Secondly, he deliberated upon what he was about to say: he looked at the problem again and examined it from different angles. The guiding principle here is not to be too quick in forming opinions based on one set of facts, but to look at the subject from other perspectives, and to consider its consequences and implications.

Thirdly, the psalmist held on to what he was certain of, and he held on at all costs. Having considered the matter again, he realized that if he were to say the words he was tempted to vocalize, he would have become a stumbling block to God’s people. Here we see the importance of having certain absolutes in life, that there are certain things deemed unthinkable, never to be considered.  One of the absolutes in his life was to never inflict harm upon God’s cause and His people.

These were the steps the psalmist took that enabled him to gain a foothold to plant his feet securely, and to keep himself from slipping and falling.

“The Warmth of Summer Rain”

The Warmth of Summer Rain

I walk
barefoot
upon the springtime grass,
the moss and lichen,
I am

flesh and bone
upon the cobblestones,
the smoldering coals
of melting snow,
I wait

for the warmth of summer rain
that gathers
into ebony bowls of loam
where the barks of lilacs come to rest
from their blooming,
they smile
at the dance of the lilies —

I have traveled the continents
of the years,
the countries of the seasons,
under the opiate canopy
of space and time —

The years tell stories
upon the lecterns
of my face,
I am still

younger than my days,
I carry the heart of a little child,
my tiny feet frolic
in the white linen warmth
of the summer rain.

“A lazy man does not roast his prey, but the precious possession of a man is diligence.” Proverbs 12:27,  NASB

There is a certain possession that the Bible esteems as valuable, something to be desired.  It is not a material treasure; it cannot be bought with worldly currency.  That precious possession is diligence.

The best way I can expound upon this scripture is to share how I have witnessed this trait in the way my parents lived. To this day, they continue to amaze me beyond words.   I don’t ever remember seeing them idle or wasting time.   When I was growing up, I recall both of them going to work early in the morning each day.   As both of them are lawyers, they had plenty of things to occupy them, but they somehow managed to come home and eat three meals with their children almost every day.

When my father was home, I remember that he would either be reading or writing.  My mother incessantly tended to projects that she would follow through to completion.  They were compassionate people, reaching out to help the poor and underprivileged.  I remember many times when we children would have to sit squeezed shoulder-to-shoulder at the dinner table because some poor folks were invited to dine with us.

My father is now in his eighties, but he still goes to work every day:  he serves the people as the oldest member of Congress in an Asian country.  Surrounded with books and so many documents to read and review,  he always carries a pen,  a small pad of paper, or a book to read.  My mother is in her late seventies, and yes, she also works at her office each day.  A long time ago, when I was a little child, she started a cooperative to help and encourage poor people to save their money and to free them from the grasp of greedy usurers.  What she set into motion decades ago has now grown by leaps and bounds — from a small group of less than 20 people, and now currently reaching almost a hundred thousand members.

Diligence involves perseverance, persistence, and tenacity.  It is not achieved overnight, but grows through the days and through the years as it is applied.  It is honoring one’s Creator with making the best use of one’s time and talents, and like the cooperative that my mother once started, through daily application, grows exponentially in value.  Diligence eventually becomes a person’s precious possession where moths cannot corrupt, nor can thieves break through and steal.